Q: Why is the library moving?
A: The library is simply running out of space. Annual visits to the library have increased by 56% since 2010, and program attendance has risen by more than 72%. Every year more than 54,000 books and other materials are checked out by visitors and the library’s collection now has more than 25,000 items.

Q: When will the library relocate to the Leland Center?
A: Anticipated move-in is early in 2019.

Q: Will the library on Macek Drive remain open until it relocates to the Leland Center?
A: Yes! The library will remain open with its normal operating hours until the project is completed.

Q: Why didn’t the library build a new building on its property on Churchview?
A: The original plan was to build a new library on Churchview, but building a brand-new structure instead of repurposing an existing building was determined to be too expensive. The library has put its Churchview property up for sale, and will apply the proceeds from the sale toward the cost of renovating the Leland Center.

Q: Is the Leland Center capable of housing the new library?
A: Engineering and architectural firms have thoroughly analyzed the Leland Center and all necessary steps will be taken to ensure the building will function efficiently and effectively as the library’s new home for years to come.

Q: What will happen to the polling station at the Leland Center?
A: There is no intention of moving the polling station from the Leland Center, even after the new library opens. The large programming room at the new library will be able to accommodate voters and polling activities and, if necessary, adjustments to library operating hours will be made to ensure there will be no disruption in polling activities.

Q: What will the new library offer in terms of access to computers and digital material?
A: The new library will provide a 25% increase in access to computers and printers, and improved Wi-Fi connectivity; have multiple, mobile laptops that can be utilized in the library and as part of the library’s outreach to schools, senior centers and retirement communities, and similar venues; and provide expanded digital lending materials.

Q: What is the project going to cost?
A: The entire project budget is a little more than $2.8 million, which includes all of the renovation and related project expenses, along with $295,000 for programming, the start of a small endowment fund, and a small reserve to help with operating expenses as the library transitions from the old building to the new building.

Q: How will the project be paid for?
A: Through a combination of private and public funding sources. A total of $1.1 million has already been committed to, or earmarked for, the project:

The library will launch a private fundraising campaign to help raise the balance of $1,600,000, which will be sought from private charitable foundations, areas businesses and corporations, organizations and individuals.

Q: What happened to the money raised when the library started, and then stopped, plans to relocate some years ago?
A: Those funds were placed in reserve by the library’s board of directors at the time, and will be used for renovations to the Leland Center. The funds have already been counted in the $1,000,000 that have already been committed to the project.

Q: Aren’t there concerns about the safety of the neighborhood?
A: Police calls from the area surrounding the Leland Center account for less than twelve percent of all calls received by borough police.  A further analysis indicated most of these calls are to summon medical assistance. The borough maintains a police substation in close proximity to the Leland Center and will continue to do so.

Q: How can I help?
A: Call or email Jenny Worley, Executive Director, at the Baldwin Library. Provide your name and other contact information and, as the fundraising campaign is organized, the library will follow up with you to discuss ways you can become involved. 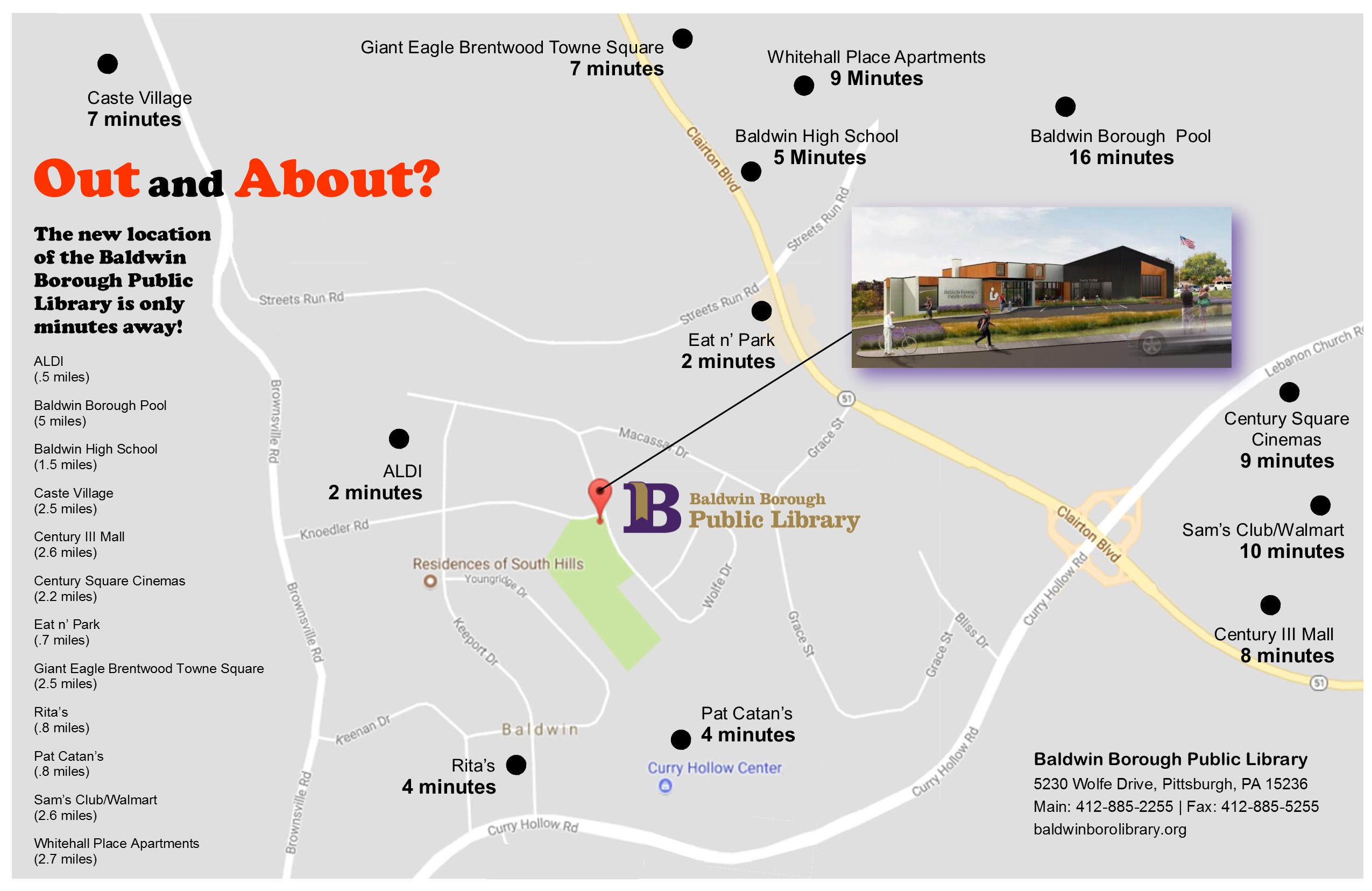 Click here to see project updates including photos of our progress! 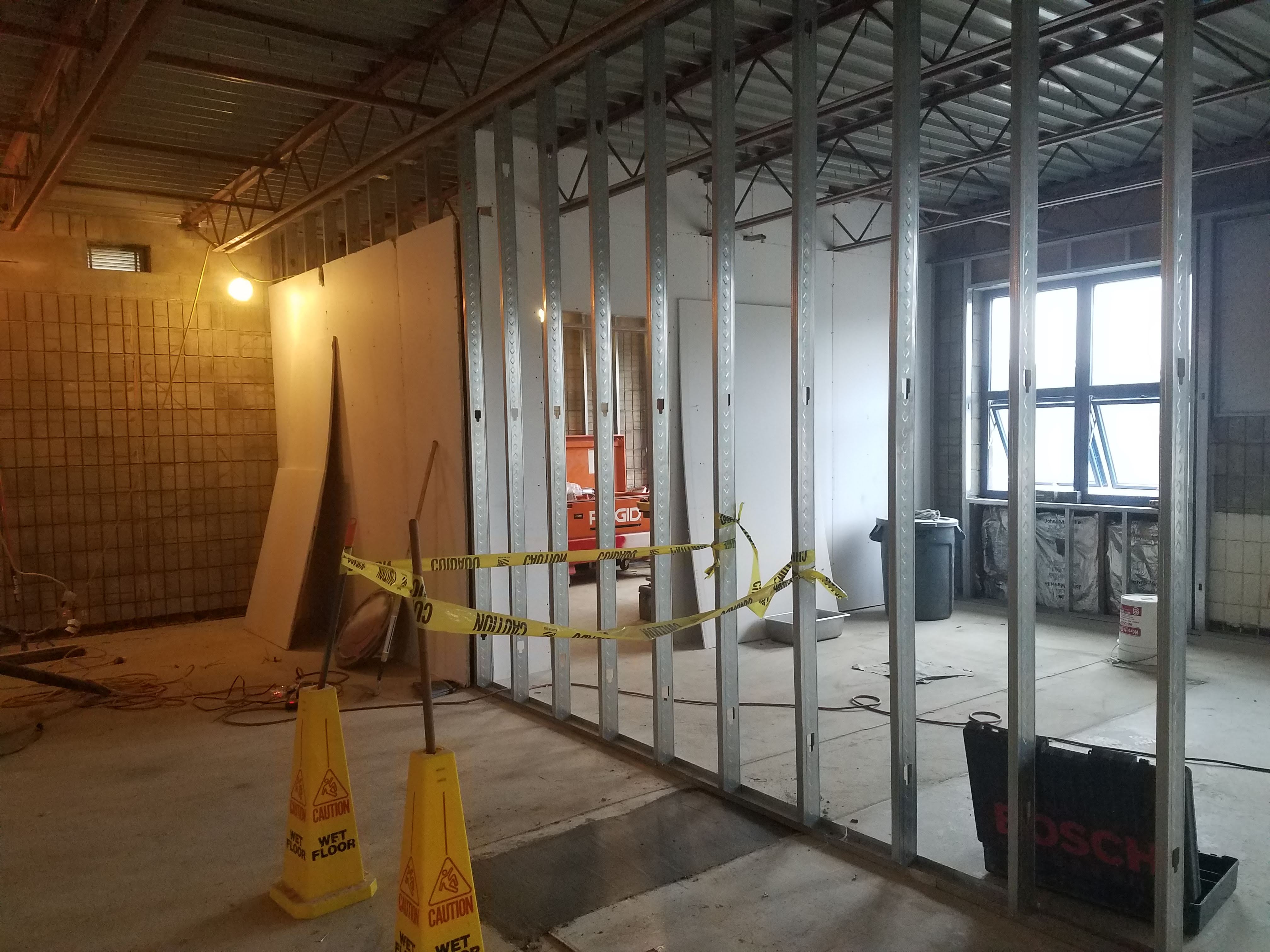